As more and more countries embrace cannabis legalization, it’s important not to forget the vital role the Netherlands has played over the last five decades by providing a safe haven both for cannabis plants and for cannabis people.

Throughout a long dark age of near total global oppression, the mere existence of Amsterdam’s coffeeshops provided reformers all over the world with an irreplaceable living model to point to when arguing for an alternative to prohibition.

For anyone who simply longed to get high in peace, those wonderful shops sent out a green beacon of hope, even if you were never fortunate enough to actually visit one in person.

And that’s not the only significant way the Netherlands changed the world of cannabis.

In the 1970s, Dutch seed banks began producing and distributing untold millions of high quality cannabis seeds. As a result, the Netherlands became the ultimate cannabis melting pot, a literal breeding ground where strains from Afghanistan and Morocco were crossed with strains from Thailand and Mexico, with the best of these hybrids going on to become international sensations once their seeds reached underground growers operating in every corner of the globe.

In short, it’s the story of how kind bud became a thing.

But why the Netherlands? What made it the one country to tolerate cannabis when nobody else would? And how did that tolerance forever change the way the rest of us grow, sell, and consume this plant?

The short answer is that it all started with a provocation.

A Rather Sizeable Loophole

Starting in 1964, the Dutch Provo movement (short for “provocateurs”) used a mix of street performances, subversive art, and impromptu political demonstrations to take on a system run by “despicable plastic people,” and push for a series of progressive reforms that included immediate cannabis legalisation.

To prove that the authorities were totally ignorant regarding cannabis and thus the total illegitimacy of prohibition against it, the Provos created “Marihuettegame,” which consisted of sending police on a series of wild goose chases by calling in anonymous tips on cannabis dealers and hashish parties that didn’t exist. The Provos also revelled in baiting the (unarmed) police into arresting them for something that looked like cannabis but was actually another herb.

Smoking hashish became a ritual at weekly Provos happenings, and the push for legalisation became a central tenet of the movement’s political demands. Eventually, the Provos’ ongoing clashes with the law led to the dismissal of Amsterdam’s authoritarian police chief in 1966 and the resignation of the mayor in 1967.

When the movement officially disbanded in 1967, many Provos moved full-time into cannabis activism, including Robert Jasper Grootveld and Kornelis “Kees” Hoekert, who together founded the Lowlands Weed Company. Having discovered a rather sizeable loophole in Dutch law—which banned only the “dried tops” of the cannabis plant—they began openly selling small plants and seeds from a garishly painted houseboat floating in one of central Amsterdam’s many picturesque canals.

Patrons would marvel at the thousands of small cannabis plants in peat moss pots that covered every inch of the boat’s decks (actually low-grade hemp grown from pigeon seed bought at a pet store), before being ushered below deck where a bohemian teahouse greeted them with the pungent aroma of a floating hashish-fueled nautical hotbox.

As Hoekert explained to High Times in 2008:

Cannabis didn’t exist at the time—it was all hashish. The hashish back then came from Morocco or Afghanistan. Marijuana was not brought into Holland because it was too bulky—too difficult to smuggle. So the only thing you could get in those days was either hashish or what they called ‘lowland weed’ [i.e. hemp] which is no good to smoke…. We thought: Why smoke hashish when we can grow the best weed here in Amsterdam?

To help spread the word, the Lowlands Weed Company’s proprietors started planting seeds everywhere possible in the city, from the Amsterdam Forest to right outside the airport, and even handed out free seeds to random motorists. Naturally, the two old Provos behind these new Marihuettegames hoped the police would arrest them and cause an even bigger media sensation, but the authorities refused to take the bait.

The Dutch Government Loosens Up

In fact, by 1969, the Dutch authorities had issued enforcement guidelines prioritising police to focus on hard drugs and not enforce laws against cannabis possession. Then in 1972, a Dutch student named Wernard Bruining and some friends exerted squatter’s rights over an abandoned bakery and transformed it into Mellow Yellow, a teahouse on a small side street that soon drew crowds for its steady supply of cannabis, which could be purchased from an employee posed as a customer.

Meanwhile, the Netherland’s government undertook a comprehensive review of its drug laws in the late ‘60s/early ‘70s.

Released around the same time as similar reports from the Shafer Commission in the United States and the Le Dain Commission in Canada, the Dutch study reached the same conclusion: Cannabis should be decriminalised and destigmatized. Unlike the US and Canada, the federal government in the Netherlands actually followed through and implemented those policies.

And that’s when the Dutch seed banks really took off.

From Skunkman to Schoenmakers to Sensi

The Netherlands’ early cannabis industry was a shadowy patchwork world of activists, outlaws, and true believers. People came from all around the world to take part, occasionally arriving one step ahead of the law, and often bringing the best of their own local genetics. Some of the earliest seed banks formed as partnerships between these cannabis exiles and local entrepreneurs.

Those first-generation seed merchants didn’t just proliferate classic strains, they also developed new varieties. Soon Neterweed—as the Dutch called their domestically grown cannabis—made Amsterdam’s coffeeshops a dream destination for cannabis enthusiasts of every nation. Many were all-too-delighted to discover they could buy seeds of their favorite strains and smuggle them home as a prized souvenir.

Holland was a center of plant breeding and flower sales since the tulip craze of the 1600s, and the gray market cannabis industry eventually began producing seeds in mass quantities and sending them to customers worldwide.

Because much of this activity remained technically against the law in the Netherlands, particularly when it came to shipping overseas, the true history of these seed banks and the people behind them is often obscured by secrecy, and much of what has been recorded is in dispute.

But let’s at least try to honor the true pioneers.

“Yeah, sex is cool but have you ever had Delta 8?” what if we told you that Delta 8 might make sex better? It could be possible since people have reported that Marijuana enhances their experience. However, you might be wondering can Delta 8 THC help with sex? Here are the pros and cons of Delta 8.

Let’s face it, sex can be awkward if you’re with your partner for the first time. In the heat of the moment it can start off pretty intense, but as it progresses things can slow down. For this and other reasons, people tend to turn to psychoactive products to make their experience out of this world. Here is a list of several reasons why you might want to consider Delta 8 the next time you get intimate:

Stress and anxiety can affect a person’s physical, mental and emotional state. When it comes to sex, there are many things that can cause you to feel nervous or anxious — even if you’re just about ready to give it your all! The good news is that there are also solutions that can help reduce feelings of stress and anxiety before sneaking in some extra time with your partner.

Delta 8 THC is a new kind of cannabis strain that is designed to help put you into a mellow mood. It gives you an uplifting feeling and can help get rid of all the stress, anxiety or awkwardness that may be in your way. Many people who use Delta 8 will enjoy it before sex because it helps calm the mind down and allow you to fully focus on yourself and your partner.

Now that you know of the advantages of being high while getting intimate, here is why Delta 8 might be a better option over Marijuana. The main reason is that Delta 8 THC is not as potent as weed, and the strains and Terpenes do matter.

While many people enjoy the potency of Marijuana – it may not be beneficial in the bedroom. This is because, at high amounts, weed tends to have more sedative qualities. If you’re trying to mellow out this can be great, but if you’re trying to engage in any type of physical activity such as sex, it might not be so great. You might just want to order a pizza and watch a movie instead of getting intimate with your partner.

This is where Delta 8 has the advantage over Marijuana because it’s less potent. In other words, you’re not as likely to overdue it on the THC as you would with weed. Which can leave much more room for activities since you’re not as sedated by the THC. Also, just because Delta 8 is less potent than Marijuana doesn’t mean it’s not potent. Just to be sure there is no issue, take less THC than you normally would if you plan on getting intimate.

The answer to – does Delta 8 THC help with sex? Well possibly, but it depends. This comes down to who you are as a person, are you naturally nervous? Or, how does THC affect you in general? What is great about Delta 8 THC is that it’s less potent than Marijuana so you’re less likely to experience that high kick! However, test out a couple of products first before you decide to get intimate to see how you react.

If you have the room, definitely. There are personal home growers — more commonly known as “DIYers” — everywhere recreational cannabis is legal, from Oregon to Amsterdam. The general rule of thumb when growing your own D8 flower is to grow plenty of quality hemp flowers, and orient their growth and nutrition around the development of trichomes. Trichomes are the resinous outgrowths on female hemp flowers, where cannabinoids and terpenes are most heavily concentrated.

Are there challenges to growing it?

Creating good D8 flower can be challenging particularly for new DIYers. First, there are a number of established best practices to maximizing trichome production which can complicate the process, either due to inexperience or budgetary constraints. These include:

Once healthy hemp plants with heavy, resinous trichomes are fully grown, there are the added challenges of independently producing D8 flower. There is the solvent extraction of CBD from your hemp flowers, the use of an acid to convert it into a delta-8 distillate, and the frosting or spraying of the distillate onto other waiting hemp flowers.

While this might all sound daunting to new DIYers, experience and a suitable budget can serve to make it all significantly easier. With time and practice, high quality D8 flower is well within the reach of any independent grower.

END_OF_DOCUMENT_TOKEN_TO_BE_REPLACED

The most trusted brand in hemp! 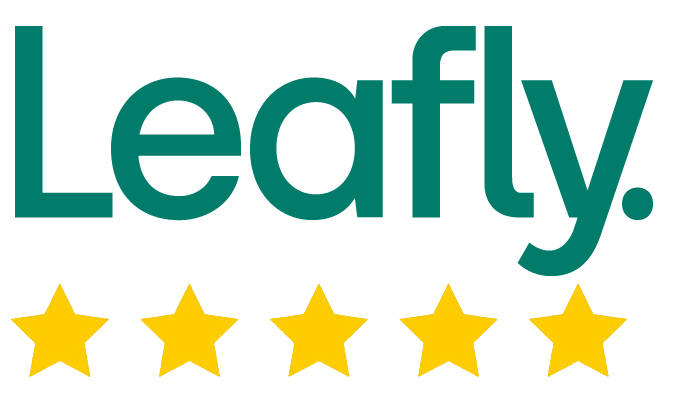 These products are not for use or to be sold to persons under the age of 18. This product should be used only as directed on the label. It should not be used if you are pregnant or nursing. Consult with a physician before using if you have a serious medical condition or are using prescription medication. A Doctor’s advice should be sought before using this and any other supplement or dietary product. These products and statements have not been evaluated by the FDA. This product is not intended to diagnose, treat, cure or prevent any disease. By using this site and purchasing products, you agree to follow all Terms and Conditions found on this site
© 2018-2023
contact-section